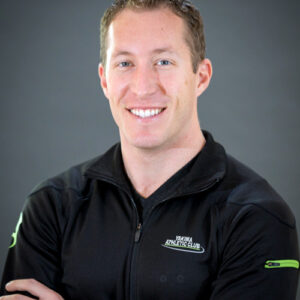 Fitness Director/Elite Personal Trainer
Josh graduated From Wapato High in 2002 while also receiving his AA from YVCC. After receiving his degree from EWU, he decided to stay in the field of fitness, rather than pursue a career in finance. It was in Coeur d’Alene that he developed his love for personal training and triathlon and in 2010; he completed his first Ironman in less than 12 hours. After 9 years in the Spokane, Cd’A area, he decided to move back to where it all started the Yakima valley. Josh has been a personal trainer since 2006 and is happy to be back home where he grew up. “I am so happy to be a part of this team. YAC provides a great atmosphere to help us reach our goals. How can I help you reach yours?” 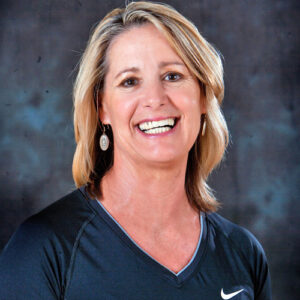 Personal Trainer
Dianne Harris grew up in California and graduated in Physical Education and Health in 1983 from San Diego State University. Dianne taught P.E. for 10 years at Yakima Valley Community College. She has been a Personal Trainer since 1990 and has also taught many different group fitness classes. In February of 2017 she also added Posture and Mobility Specialist to her credentials to better server her clients.“My mission is to improve everyone's health physically and psychologically through fitness.” 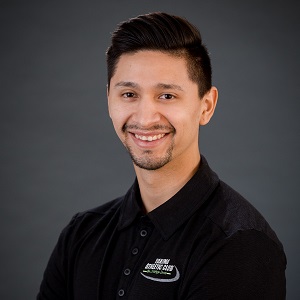 Personal Trainer
Lawrence is from Yakima Valley, where he grew up playing basketball, which kept him active for most of his life. He still holds the scoring record at White Swan, where he graduated in 2012. He later played basketball for YVCC and received his AA. Lawrence transferred to EWU and earned his B.S. in Exercise Science and discovered his passion for powerlifting. He had the highest total deadlift and highest pound for pound squat at EWU in 2019. Lawrence had always planned to become a personal trainer, which is why he chose a fitness major and why he decided to get his NASM certification, even before he graduated. “A better body and motivation are good goals, but my main goal is for you to develop a better lifestyle and discipline. With those it won’t be a matter of if you’ll reach your goals, but when.” 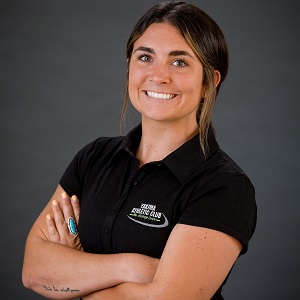 Personal Trainer
Kendyl is a West Valley native and graduated from Western Washington University in 2018 with a Bachelor of Science degree in Kinesiology. With her specialization in movement studies, she completed 180+ field experience hours at the Bellingham Training and Tennis Club where she went on to work full time before moving home to Yakima. Her background includes TRX group training, TRX yoga, cycling, strength training, as well as personal training. Her passion for the human body and making individuals feel and move better are what has fueled her to stay in the health and fitness industry. “I've learned that people will forget what you said, people will forget what you did, but people will never forget how you made them feel.”― Maya Angelou 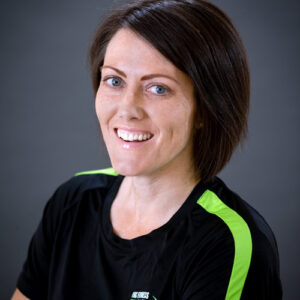 Personal Trainer
Diana is a NASM certified personal trainer. Her love of being physically active started at a young age. As a child she spent summers camping, hiking, canoeing and sailing with her family. The rest of the year was filled with martial arts training and doing anything outside. After years of participating in fitness classes she decided to take her love of fitness to the next level and become a personal trainer. She is looking forward to helping others in their fitness journey and assisting them in achieving their goals.“Fitness is not about being better than someone else… it’s about being better than you used to be.”

Sign up below to receive the latest updates, special offers and promotions!

GET SOCIAL WITH US!